Triangle with a strange design

The Black Guardian, also known as the AT4_BW, is a boss with the EMP effect.

The AT4_BW is a triangular boss with 3 white triangles in the center aligned in a way to represent a triangle, and a hexagon behind it, same as Confidential. It also has a EMP Crasher Spawner.

AT4_BW has decent firepower and DPS, slightly less than that of the Guardian.

AT4_BW will sometimes begin to flash, and it will deploy an EMP-like effect that prevents tanks from firing for about 5 seconds.

Spawns in boss rush, and rarely in other modes.

At first, it may look easy, but it will take more than that. Use at least 3 Hexa Builders to fend off those crashers. You can use bullet spammers too. Optic branch optional, though. At least have 1 Apidae on your side. That way, it will die faster. You can also use Redistributor, too. As you proceed to damage the boss, you are pretty much ready. Expect your team dying a few times, unless the boss gets killed by another team. Try avoiding the EMP with a Surge to stun the bullets or use a Tri-Angle branch. Use destroyer branch if you want to destroy the remaining chasing crashers before you are screwed.

Sighting of AT4_BW being controlled by Oblivion.

A actual sighting. Note: this is from AAAAA32150the4th. 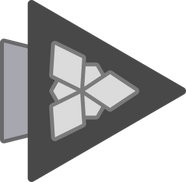 A picture of AT4_BW, high transparency 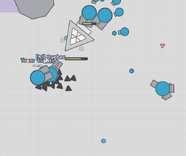 The AT4_BW attacked by a Fusilier, a Seeker bot and 2 Hexa-blasters in Boss Rush.