The Arena Closer, also known as AC, is an invincible tank that is primarily used to close arenas. It is also playable by developers. It comes in many normal tank variants as well as some TESTBED variants. Arena Closers are normally yellow and are very fast.

Arena Closers are invincible and fire very fast, very powerful yellow bullets at a very high reload rate. Arena Closers are also yellow and can kill any tank instantly using body damage and are as slightly slower than the bullets they fire. They can move over rocks, though bullets bounce off rocks like other bullets. Arena Closers are about the size of a Dominator. The AC turrets do not have recoil, and the AC has 100% penetration resistance, meaning they can go through anything, but they can't kill a base protector.

They are known to exist, but some of them are unknown to spawn.

Arena Closers spawn when a server has reached the maximum uptime or if a game mechanic causes it to occur prematurely, as in 4TDM Mothership or Portal Domination. Up to 8 arena closers may spawn of random types. Usually, Basic, Twin, and Minishot are the most common or even only arena closer variants, though other variants may spawn with less chance.

Arena Closers spawn outside the map, and move quickly towards the center, killing anything in their path including invincible players, bases, and owned dominators. Their bullet damage is indicated to be 10 million, per Patch 5/22/2018 (1), rendering all defenses useless, even Sandman Stabilizer Bullets. 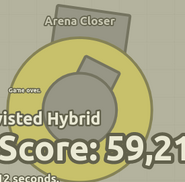 An Arena Closerception on the death screen 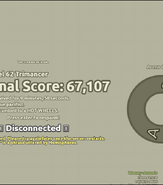 Octo Closer on the death screen.

Arena Closer on the death screen

Trapper Closer does not see the player. 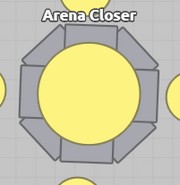 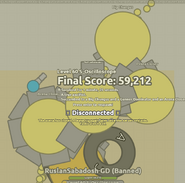 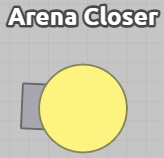 Arena Closer on the death screen 2 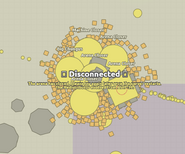 A Hybrid Closer on the death screen

Spreadshot Closer at death screen
Add a photo to this gallery
Retrieved from "https://woomyarrasio.fandom.com/wiki/Arena_Closer?oldid=15475"
Community content is available under CC-BY-SA unless otherwise noted.