The Auto-Basic is a Tier 2 Tank upgrading from the Basic at level 15. It branches off into most other tanks with auto-turrets.

The Auto-Basic's body is circular and has a Basic gun. On top of its body, in the center, is a regular auto-turret.

Compared to the Basic, the Auto-Basic adds an auto-turret in the middle of its body. This turret automatically fires on enemies nearby. Its turret bullets are weak but relatively fast, while its main bullets are identical to the Basic's.

The Auto-Basic upgrades from the

The Auto-Basic can upgrade to the following: 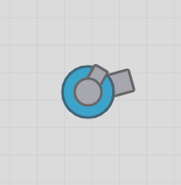 The Auto-Basic idling in-game while its turret targets elsewhere. 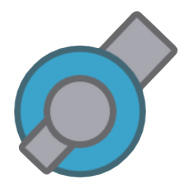 A high-res picture of the Auto-Basic.

The difference of Basicepion and Auto-Basic.
日本語
Community content is available under CC-BY-SA unless otherwise noted.
Advertisement