Beta-Testers (BT) are low-level Woomy-Arras.io staff members that test the tanks in the TESTBED Beta category that may get released in the future. They have exclusive access to the BT Token, which is confidential and will never be displayed on the Woomy-Arras.io Wiki. Senior-Testers (ST) are able to access more tanks as well as TESTBED Bosses, Miscellaneous, and Overdone.

Beta-Testers are selected by the Developers, currently Hellcat and Absol, from a variety of applicants. Currently, BT applications must require the following: 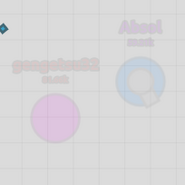 Beta testers in their natural habitat

Beta Tester and some other guy

You can kill spectating beta testers if they leave the game while you are on top of them.

Beta Tester in a wall.

Stoplookin9 and ɦﻉɭɭƈคፕ in the Developer Server
Community content is available under CC-BY-SA unless otherwise noted.
Advertisement