It is part of the "scissors" portion of animated tanks.

This part is empty. You can help the wikia by editing it

The Bite of '87 has a circular body with a cutted long lance that can open up, smoothly, revealing a Pounder barrel. Like others tanks of the Akafuji branch, the lances will also open (and close) in the leaderboard.

Like most lancers, the Bite of '87 moves very fast. Its long, wide lance makes it easy to block most bullets as well as attack effectively. The lance is not as strong as it used to be, but is still a formidable weapon. The bullet barrel fires bullets that are stronger than Pounder's but has less reload.

The Bite of '87 upgrades from the

The Bite of '87 cannot upgrade since it is a Tier 5 tank.

The Bite of 87's name is based on a quote from the game Five Nights at Freddy's.

There used to be a point where you could simply click and hold on both left and right mouse buttons for greatly increased rate of fire from the pounder, as it reset each time it reopened. 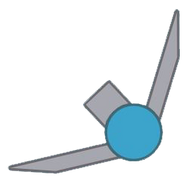 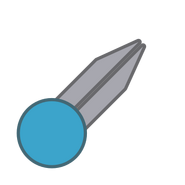 A closed Bite of '87
Community content is available under CC-BY-SA unless otherwise noted.
Advertisement