The Confidential has a black hexagonal base, and it looks similar to the Rogue Palisade. There are trap launchers on each corner of the base, which have small black squares to indicate their special ability. It has minion spawners at each side of the base which is coloured blue to indicate the freezing effect the minions have. The Confidential also has a symbol in the middle which is made up of 3 diamonds (rhombuses) layered on top of a hexagon. It is the same symbol as the AT4_BW and the Flangle variant.

The Confidential will slowly spin, just like Rogue Palisade, quickly deploying a dangerous field of traps around itself. These traps will do no damage to players, but will instead make them unable to shoot projectiles for 6 seconds. The minions do the same damage as the Rogue Palisade's, but they also have the freezing effect.

As it always spins, and always deploys traps, try to use a builder branch tank or a long-range tank. You will need 1 Builder branch tank for defense, 2 if necessary, and a Ranger or Streamliner branch for offense, or Redistributors. Using Kevlars, and other Kevlar related tanks (such as Buffer and Escutcheon) are very effective since it doesn't suffer from EMP for that long. The Confidential is quite slow in terms of speed, so focus on bullet stats instead of movement speed. Using Lancers or Flails is also a good option because the lance/flail is not affected by the Confidential's traps, and will continuously damage it. This boss will either finish you off by slowly draining your health by its minions, or ram you as you won't be very likely to dodge the minions' freezing bullets. Using VPN won't help much. The minions it spawned will take damage for the Confidential as they spin around the Confidential. 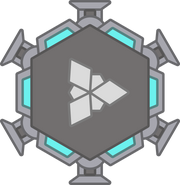 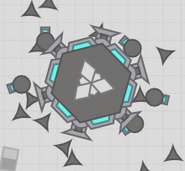