The Destroyer is a Crasher that naturally spawns in the Pentagon Nest and has high Body Damage.

It gives 25 Experience and naturally spawns in the Pentagon Nest.

This crasher boasts both strength and speed, being a worthy challenger to any tank that comes across it. İt cannot one-shot a Level 0 Basic, only barely taking it out (The square is not included.). The main danger with these crashers is their commonness; one may often be attacked by several at once along with other crashers

A Destroyer is a white, irregular nonagon with 3-sided concave part which may have a Summoner Square.

A Destroyer gives 25 experience and has low health. Despite this, it's high Body Damage poses a threat to any tank. Destroyers move slightly slower than other crashers, perhaps because they are larger. 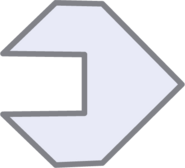 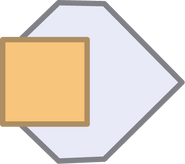 A high-res Destroyer carrying a square. 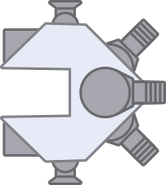 Gunship, the "boss version" of the crasher.
Community content is available under CC-BY-SA unless otherwise noted.
Advertisement