Elite Basic has a pink triangle base with a Single turret on top. It has three Single auto-turrets around its base.

Elite Basic has medium speed and health, as well as four Single auto turrets. All bullets have the same stats, but they are very powerful. The bullets have high speed, damage, penetration, and a pretty good reload stat. All four auto turrets can lock onto a single player.

Although Elite Basic's bullets are not really strong, they still should not be underestimated. It is capable of focusing all 4 auto turrets on a single player, and its bullets can easily overwhelm most tanks. Its bullets have high health and speed, as well as strong penetration. Most focused tanks cannot penetrate the Elite Basic's bullets, so they will unlikely kill this boss.

Considering that boss has low health, bullet spammers with some spread like Machine Gun branch are effective against this boss. These tanks will not be able to penetrate the bullets, but they will minimize bullet damage, and the spread will allow you to land some hits on the Elite Basic. Try to dodge Elite Basic's bullets, so that you can deal more damage. Launcher branch can also work for this with some Shield regeneration and movement speed, but that requires lots of skill.

A team of players is recommended for killing the Elite Basic because multiple tanks can possibly cut through the bullets and definitely deal damage quicker. If the Elite basic focuses one turret on something else, as it commonly will, another player should attack from that side of the boss to make sure both sides are being attacked. 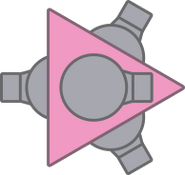 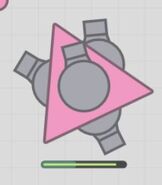