Imagine vandalizing pages to get attention, even ThuliumThe69thElement, the most inappropriate user out there, wouldn't do that, LOL LMAO LMFAO imagine UWU OWO ROFL

Elite Skimmer is a boss that was added with the release of the game.

Elite Skimmer has an orange triangle base, with three auto-skimmer turrets on each side of the base.

Elite Skimmer shoots only missiles, but they are not very strong. Elite Skimmer also does not have a lot of health. This makes it a weak boss that can be defeated by almost any tank.

As a bullet tank, your task is simple. You can keep firing while dodging the low-speed missiles, slowly wearing down the Elite Skimmer's health. If you are a bullet spammer, you also have the option of penetrating the missiles.

As a trapper tank, it is more tricky but still relatively simple. Wait until Elite Skimmer has fired missiles, come close and launch multiple traps. At this point, traps will penetrate the missiles, and you can easily out-damage the boss.

As a drone tank, it is a hit-and-run strategy. Wait until you have a lot of drones, and charge them at Elite Skimmer. It will take massive damage, and you can retreat. After gathering up your drones again, repeat the process. On the second charge it will likely be dead, but if not, repeat again until it dies. 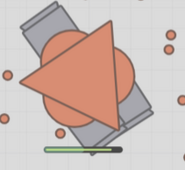 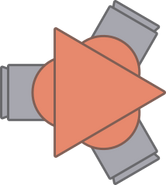 Elite Skimmer and a shooting star
Community content is available under CC-BY-SA unless otherwise noted.
Advertisement