The Glove was a Tier 4 tank that branched from the Ceptionist and the Revolutionist at level 45.

Currently, it is temporarily removed due to glitches with its turrets.

The Glove looked like a Basic with two unattached turrets on its sides with dark barrels on them.

The Glove acted like a Basic, but could launch its turrets as Ceptionist bullets. Sometimes the turrets would glitch in a manner that you could only launch one of them, leading to its removal.

This tank is an upgrade from the

This tank branched into the

Auto-Glove at level 60, which was also removed due to the same glitches. 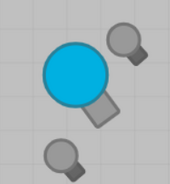 One of Glove's turrets not launching. Credit to @Mysteryflower#0631 on Discord. 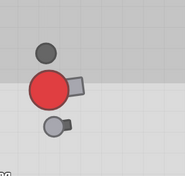 One of Glove's turrets not reappearing. Credit to ._:
Community content is available under CC-BY-SA unless otherwise noted.
Advertisement