The PS3_33, also known as the Green Guardian, is a boss that was added secretly, no exact date is known. It is one of only 2 bosses to have the poison ability, along with Applicus.

The PS3_33 features prominently in lore, being the predecessor to the Oxyrrhexis and holding powers no other boss (other than Applicus) has (the poison ability).

PS3_33 has a green triangular base with a crasher launcher at back. It has a poison hue around it. Crashers look like small green triangles.

PS3_33 essentially acts like a far stronger Guardian, with INCOMPARABLY higher health, fast speed, and tiny poisonous effects. It moves far faster than a guardian, easily ramming slow tanks. Its crashers do not have high damage, and poison effect is very poor. Still, they can be fatal if PS3_33 charges a lot of crashers and deploy all of them at a single tank.

Spawns by a Guardian that has been alive for too long (extremely rare), or by randomizer pick (rare).

PS3_33 is far stronger than guardian. The first thing to note, purely offensive tanks like Flashbang, IED, and plasma won't work. Even though they do great job at killing tanks, they are useless against very fast regeneration and tremendous health of PS3_33. Some of them will take literal days to kill PS3_33 or not kill PS3_33 at all no matter how much you invest in bullet points.

Also avoid PS3_33 if your tank has low DPS or bullet count such as oscilloscope, ranger, or redistributor. Firstly, high FoV of ranger is useless against boss, because its poisonous crashers have very large FoV once locked on a player and slow reload does not help; same with all other low-reload high-FoV tanks.

Bullet spammers are ideal against this boss, as they can stop all the crashers. As a bullet spammer, your task is simple: focus all your bullets on PS3_33. If some crashers are outflanking you, kill them first, and then again attack the boss. Machine Gun branch will not have any problems in killing this boss, as the spread will allow you to handle all the crashers. Be careful about other players, though. If you see another player interrupting your battle with the boss, immediately retreat and kill that player first. You will not have any chance if you will get a constant poison effect, so getting away from PS3_33 and killing the player is the best option.

Still, be aware that PS3_33 has higher health than any spawnable boss. Even wildfowler constantly full-hitting its shells will not be able to noticeably decrease healthbar of PS3_33. Any tank will have to fully circle the arena or twice until PS3_33 finally dies. Which is extremely dangerous, as the tank will be exposed to other players trying to kill it.

PS3_33 locked on someone 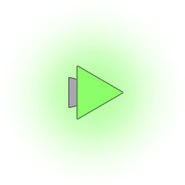 A high resolution image of PS3_33

PS3_33 and two players in maze

PS3_33 on the leaderboard
Community content is available under CC-BY-SA unless otherwise noted.
Advertisement