The Pounder is a Tier 2 Tank that upgrades from the Basic at level 15. The main focus of its branch is heavy bullets with high DMG Penetration and low Reload.

The Pounder has a circular body, like the Basic, and has a larger and wider cannon on its front.

The Pounder upgrades from the

The Pounder can upgrade to the following: 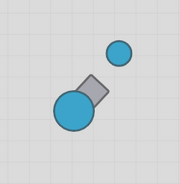 The Pounder firing a bullet 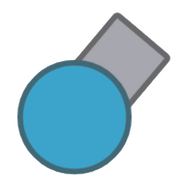 A high-res picture of the Pounder 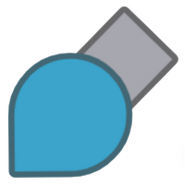 The Switcheroo in its Pounder form
日本語
Community content is available under CC-BY-SA unless otherwise noted.
Advertisement