The Reanimated Hepta Trapper is a boss that was added with the release of the game.

Reanimated Hepta Trapper has a black circle base with seven trap launchers around it.

Reanimated Hepta Trapper moves around with medium speed, always spinning. It constantly launches powerful black traps, which have high health, damage, and speed. The Trap mechanic is slightly different; they lock onto the closest player. This means traps close to players can go on a curved path in order to hit the player.

Reanimated Hepta Trapper has a medium FoV, less than most Assassin branch tanks.

A major vulnerability of the Reanimated Hepta Trapper is it's short FoV. This is because its FoV is about as large as level 60 tank, and it does not release traps if there are no players nearby. This means that you can shoot at it from long range and deal damage, and it will do absolutely nothing to defend itself unless you come closer. As such, use long-range tanks in order to easily defeat the boss.

Furthermore, even if you are not a long-range tank, you can still easily kill Reanimated Hepta Trapper. Firstly, try to find it. One problem is that being a reanimated boss cannot be seen on the minimap, but it is still possible by checking every part of the map. After the boss is found, it will likely lock on you. When it does retreat to get out of its FoV. After that just shoot in the direction where the boss was, and you will deal some damage. If you see black traps, this means it locked on someone. In this case, repeat the procedure above, by moving where it was before it locked on someone. 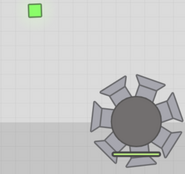 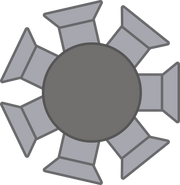 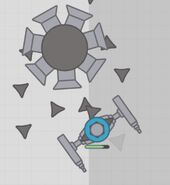