Public
​​​​​​Redistributor is a tier 5 tank upgrading from Oscilloscope and Annihilator at level 60.

Redistributor's gun resembles that of Oscilloscope, but much shorter and thicker.

x1.25
Redistributor has the same FoV as Sniper. It has incredibly poor reload and a considerable delay before firing but the most durable bullets in the game, capable of one-shotting all playable tanks, including Coiffure, and one or two-shotting many bosses. Its bullets are rather small and it has a lot of recoil, however.

It upgrades from Oscilloscope and Annihilator at level 60 and does not upgrade further. 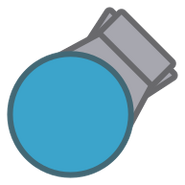 A High Quality image of Redistibutor 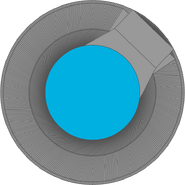