Single Bullet
The Single is a Tier 2 Tank that upgrades from the Basic at level 15. The main focus of its branch is the ability to scope when secondary fire is activated.

The Single has a circular body and a gun with a trapezoidal base on its front. The barrel is, in fact, a shorter Assassin gun on the rectangular part.

x1
The Single has very similar firepower to the Basic. However, its main ability is that it can extend the camera in the direction it's facing by holding secondary fire. The camera will stay in the new position until secondary fire is released.

The Single upgrades from the

The Single can upgrade to the following: 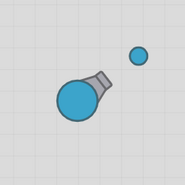 The Single firing a bullet. 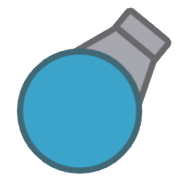 A high-resolution picture of the Single. 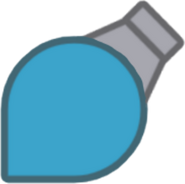 The Switcheroo in its Single form (removed from the restored version)