In-game
The Subduer is a Tier 2 Tank upgrading from the Basic at level 15. The main focus of its branch is stacked barrels firing Two or more bullets.

The Subduer has a circular body and two thin guns: both of them located in front and stacked on each other. The inner gun is thinner and longer than the outer gun.

x1
The Subduer gains a slightly increased FoV and an additional gun when it is upgraded to. This lets the player fire two bullets per shot, one after the other. The smaller gun deals slightly less damage than the main one, and its bullets are slightly smaller.

The Subduer upgrades from the

The Subduer can upgrade to the following: 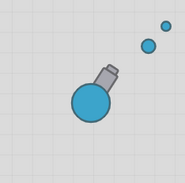 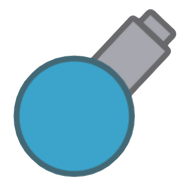 A high-res picture of the Subduer.

The Switcheroo in its Subduer form