The Tetraplex is a boss that was added to Woomy at 6 January 2020. It is in TESTBED Bosses branch due to the fact of how balantly OP it is.

Tetraplex’s body is a hexagonal snowflake like shape, equally spread out Radiolocator-like turrets but way longer. Tetraplex has a LOT of Turrets on everywhere, including the empty spots. It has been not seen for this time, but it can still be found by Senior Testers and Overseers. It has a Radiolocator-like turret in the middle of it and a lot of Oscilloscope like barrels but way shorter then the regular Oscilloscope tanks you see sometimes, but has very big firepower and damage. Packs a biiiig punch.

Tetraplex can be VERY BIG as you can see. It has HUGE damage and DPS. It also has a lot of turrets that can lock up to one player, as it can be very hard to calculate how much turrets it can lock on you. Do not underestimate how much damage the Destroyer (Tank) turrets can damage you. It can shred anything into pieces in a matter of seconds, as its bullet wall is impenetrable, unless you are a dev or a normal player. Decide using 4tdm for a war to defeat this guy.

Its bullets can easily overwhelm you and kill you before you ever kill it. Its Destroyer Turrets can make you retreat and make yourself really hard to get away from this guy. He deals a big punch to things.

Currently does not spawn in regular gamemodes.

To counter Tetraplex, you will need approximately 9 Hexa Builders to block at least the boss and its Ammunition. It is highly close to impenetrable if you don't have that many Hexa Builders. It can destroy anything, even polygons, in a matter of seconds or luck, and what's worse, the bullets can literally spread and kill you. This can not and will not ensure you are safe, and kill some tanks. You will need approximately less than 6 Surges to stun the boss and immobilize it. This will ensure you can retreat and regenerate your Health and damage it if you want or you cant retreat once the boss can move. It is very unlikely and impossible to do this in solo as you will now have no distractions and you will be screwed unless you invite your friends out to try and kill it using this strategy, or come up with your own. This will eventually kill it, depending on how much Health they have. VPN is also dead as it can spread and the VPN is dead for sure. 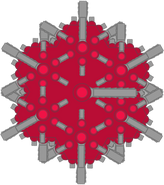 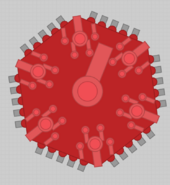 A tetraplex made in FTB, by AAAAAAAA31250 the fourth.