The Trapeze is a Tier 4 tank that upgrades from the Contagion and the Borer at level 45.

The Trapeze has a circular body and a Trapper gun in front. It also has two thin barrels underneath its Trapper gun.

In its second form, the Trapper gun moves underneath its double barrels.

Its main form, its Trap Form, fires traps at a moderate pace, similar to the Trapper. These durable traps last for an extended period time and deal heavy damage to anything that touches them.

In its Bullet Form, it fires small bullets at a fast pace. These bullets do not have much penetration however, but can deal a bit of damage.

The Trapeze can switch between its two forms by using the right mouse button or Shift key.

The Trapeze upgrades from the

The Trapeze can upgrade to the following: 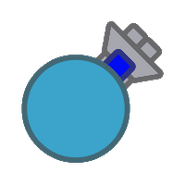 A high-res image of the Trapeze in its Trapper form. 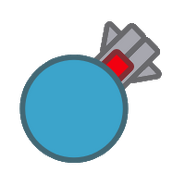 A high-res image of the Trapeze in its Pelleter form.
Community content is available under CC-BY-SA unless otherwise noted.
Advertisement