The Trapperzoid is a boss that was added secretly, no exact date is known. Currently, it is on the TESTBED bosses branch. It is also a boss from the Tales Of Diep (TOD) and its spinoff, The Extended Tale Of Diep Side Note Mar: nope =)

Trapperzoid has a yellow trapezium base with three Pelleter barrels in front and a Trapper turret at the back.

Trapperzoid has low speed and medium health. Its pelleter turrets have mediocre bullet speed, penetration, and damage, and are fired at a medium rate. Trapperzoid also slowly launches traps, which have a lot of health and damage. However, they do not help the boss much and only slightly propel it forward.

Trapperzoid has pretty low firepower and penetration and moves at a low speed. Any tank with a decent rate of fire and penetration will be easily able to kill the Trapperzoid since the player will just be able to simply out-gun the boss. The player can also move in a left-right pattern to trick the boss into missing more bullets and speeding up the process of killing it. Due to the large hitbox of Trapperzoid, tanks with a low rate of fire will also be able to kill it. If the player has low RoF, he should stay at longer ranges and aim for the edges of Trapperzoid's base.

Trappers and minions can also kill the Trapperzoid easily. Trappers should follow the same strategy as the bullet tanks, while minion tanks should circle their minions around the boss. Splitter will be easily able to kill the boss if it will ram its minions. 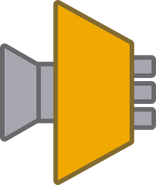 A high resolution image of Trapperzoid
Community content is available under CC-BY-SA unless otherwise noted.
Advertisement