Twin Bullet (x2)
The Twin is a Tier 2 tank that branches from the Basic at level 15.

The Twin has a circular body with two cannons on its front. Each gun is offset from the center to make room for the two guns.

x1
The Twin has a higher rate of fire than the Basic but has lower penetration and damage. Its bullets are slightly weaker than the Basic's to balance the power of the two bullets combined.

The Twin upgrades from the

The Twin can upgrade to the following: 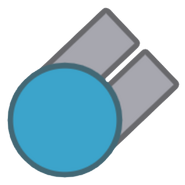 A high-res picture of the Twin. 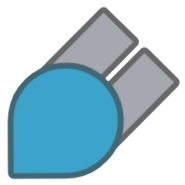 The Switcheroo in its Twin form
Community content is available under CC-BY-SA unless otherwise noted.
Advertisement