Trash
The TIE-Fighter is a Tier 5 Ship that branches from the A-Wing at level 60. It has the ability to break and make its parts fly everywhere, similar to Obi-Wan's Ship.

The TIE-Fighter was added on 12 June 2020, and was buffed silently the same day after it was found to be extremely underpowered because you know TIE-Fighters suck. It was however, suggested 3 days earlier. It never went through a beta testing phase as is common. It was Buffed again on 14 June. It was temporary removed (because TIE-Fighters suck), and readded on 19 October 2020

The TIE-Fighter features a ship with a hexagonal body, and two hexagonal wings. The wings have two barrels, each firing weak bullets at a high rate of speed with high recoil. The ship can break at any time with right click.

The TIE-Fighter upgrades from the A-Wing at level 60.

The TIE-Fighter is a level 60 ship and cannot upgrade from any other ship. 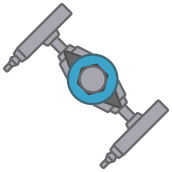 A high resolution image of TIE-Fighter 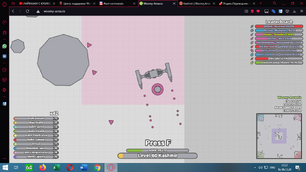 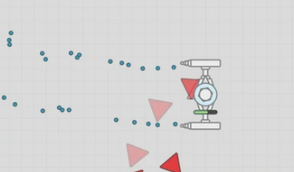